Working with the state

In 31 year of its operation, Nochlezhka has done a lot to stop the discrimination of homeless people in Russia and to help them exercise their rights on an equal basis with others

About the Interaction with the state

Why we do it

Working with the homeless every day, we see what gets in the way of quickly and efficiently helping each person. Through summarising our practice and analysing the gaps in the legislation, we understand whether the problems we face are systemic or occasional. If the problem is systemic, we can propose a solution at the regional or federal level. We want the principles of accessible and person-centred assistance to be applied throughout the country. It is impor- tant to stop people at risk from becoming homeless and help homeless people return to normal lives.

We work on legislative initiatives, communicate with federal departments, regional and municipal administrations. We act as experts on homelessness and promote our position at round tables, meetings and forums. Since 1992, we have been issuing certificates stating that Nochlezhka considers a person to be homeless: it is a document with a photograph, a seal and a social worker’s signature. We have given out over 70,000 such certificates over the years. This makes life easier for people who have no other papers. In 1997, on Nochlezhka’s initiative, the city launched a programme for helping the homeless. Before that, assistance to homeless people in St. Petersburg was not regulated by law. As a result of our efforts since 2010 all people in St. Peters- burg who have no registration have been able to obtain a mandatory medical insurance. Thanks to this, in ten years, over 40,000 people have received mandatory medical insu- rance, which means they have access to free medical care. In 2012, Nochlezhka succeeded in ensuring that people staying in state-run night shelters get temporary registra- tion at these shelters. Last year we hired a GR-specialist — a person who com- municates with officials in their language, interacts with them on the regional and federal levels, working to make sure that the problem of homelessness is solved at the state level.

What were the most important parts of the project in 2020 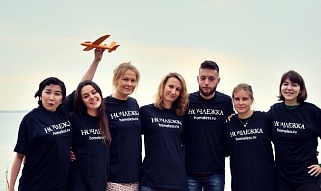 Most of Nochlezhka’s work is done by volunteers 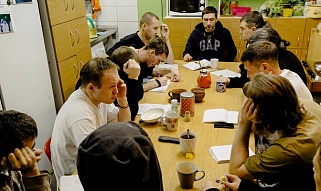 A rehabilitation programme for people suffering from alcohol and drug addiction 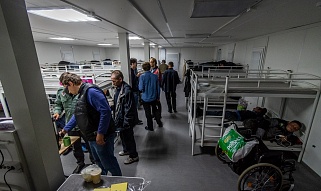 A modular building for 40 people, with a shower and a mini laundrette