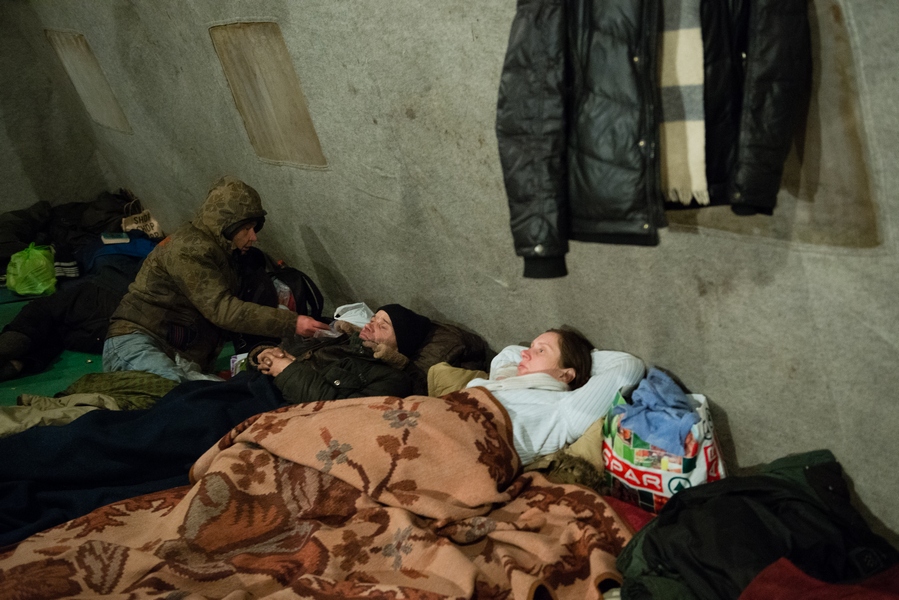 One tent will be located at 20, Akademika Lebedeva street, not far fr om the Finland train station, the other one on the 9th of January prospect near house no. 8 (not far from the Obukhovo train station). Nochlezhka will open the first one in cooperation with the administration of Kalininsky district, and the second one with the Comprehensive Centre for Social Services of Frunzensky district. The operational costs of the two tents were partly covered by the Committee for social policy.

These tents are heated and can accommodate up to 50 people each. Anyone can use them to spend a night in warmth and safety and also get a dinner and a breakfast.

Last winter (from 1 Dec 2015 to 31 March 2016) Nochlezhka’s two heated tents (in Kalininsky and Frunzensky districts) accommodated 536 people, who spent a total of 5,756 nights there. 30 people, on average, stayed in each tent every night.

Russian citizens from other regions – 41%,

According to the official statistics, in 2015 1,122 homeless people died on the streets of St. Petersburg (in 2014 the official figure was 1,194). As for Leningrad region – 823 people died (compared to 491 in 2014). Based on our statistics for the preceding years, about half of these people died during the cold season. Hundreds more people became disabled as a result of frostbite and amputations.

Last winter there were only two places other than Nochlezhka’s tents, wh ere anyone could get shelter with no red tape: in Primorsky district at a tent run by the Maltese Aid Service and in Admiralty district.

‘We have been fighting for a few years now to make sure there is at least one such heated tent for homeless people in each district of the city. It is possible to find a suitable location in every part of the city, so that homeless people did not have to cross the whole city in search of a safe place to spend the night. Unfortunately, there is nothing to suggest that the statistics for the coming winter will be any better than over the last years’, says Andrey Chapayev, the coordinator of this project at Nochlezhka.

Nochlezhka has spent about a year trying to convince the city authorities that such a tent for homeless people should be open all year round but so far they have not been able to find a suitable location in St. Petersburg.