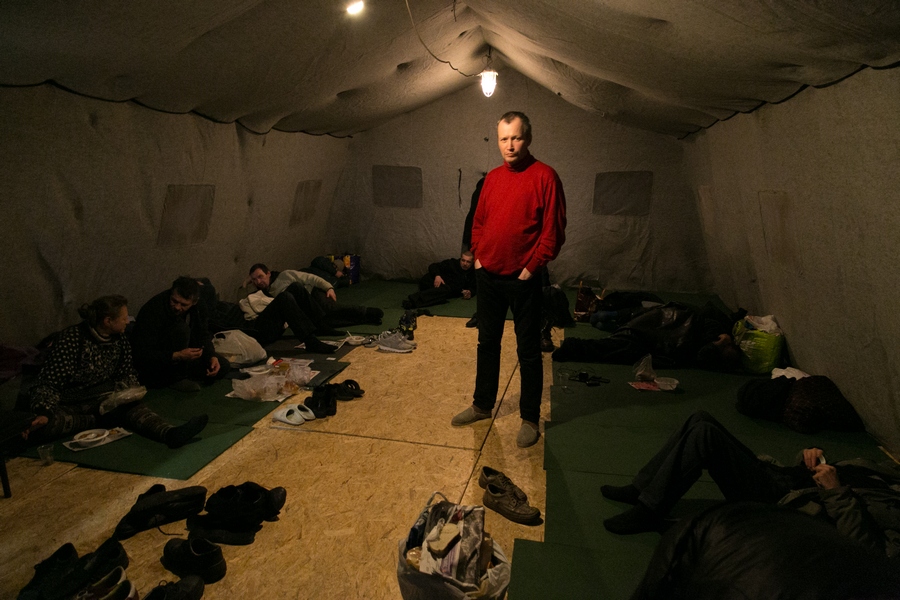 The president of the Regional Jewish Congress in St. Petersburg, the Vice-President of the Eurasian Jewish Congress and a businessman, Mikhail Mirilashvili will support one of Nochlezhka’s projects. He will donate 362,000 roubles towards running Nochlezhka’s two heated tents in October-December this year. Last winter Mikhail Mirilashvili helped Nochlezhka and donated 543,000 roubles towards two heated tents.

In October we spent some of the money on the setting up and equipping the tent, while in November-December it will go towards the rent of accommodation units for the attendants, their salary and will partly cover the cost of fuel of the heaters. Besides, we are now able to provide proper hot meals to the homeless. They need a lot of energy to be able to come back to stable lives. Without Mikhail Mirilashvili we could only provide very cheap food, such as instant noodles and mash, sandwiches and tea. Nochlezhka’s heated tents are set up during the cold months and can accommodate up to 50 people. Anyone can come there and spend a night in warmth and safety.

This year Nochlezhka set up two tents: on 1 November in Frunzesky district, on 9 January prospect, and on 2 November in Kalininsky disctrict on Akademic Lebedev street. Nochlezhka managed to arrange with the local authorities for an early start (before winter starts formally on 1 December) on the condition that Nochlezhka would cover the running costs in November. The funds to cover the salaries of the tent attendants were partly provided by the Committee for social policy but this was not enough. Mikhail Mirilashvili and the Regional Jewish Congress covered the rest of the costs.

Starting fr om 1 December the running costs of the tents will partly be covered by the administration of Kalininisky district and the Comprehensive Centre for Social Services of Fruzensky district.

‘November this year is particularly cold and these tents really do make a difference. Thanks to Mr. Mirilashvili and the Regional Jewish Congress we managed to open the tents just in time. Now homeless people have somewh ere to go on a freezing night’ says Grigory Sverdlin, the head of the charity

Mikhail Mirilashvili has been supporting people in need within and outside the Jewish community for over 25 years now.