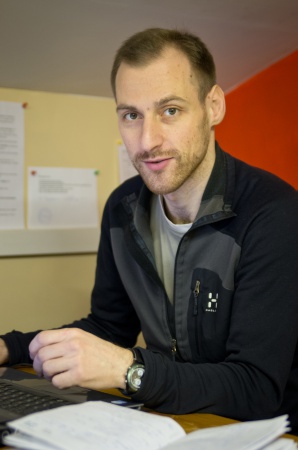 Dear Friends! We often draw our conclusions from the year somewhat later, but we decided to start now - we cannot wait to share with you the successes that we achieved. They were achieved together with You - without you there wouldn’t have been anything.

164 people got a roof over their head in the shelter;

82 people found work (including work places which also include housing);

179 people got help in restoring their Russian Federation passport (including through court);

11 people received support in looking for and receiving housing (registering for social benefits);

64 foreign citizens received help in establishing their citizenship and getting a passport;

8 people received assistance in searching for their relatives;

33 people received support in receiving treatment and getting medicines;

37 people were aided in returning to their home city or home country;

5 people received help in getting documents to prove their work experience;

9 people received support in getting a social security number, or in receiving it after they had registered;

12 people got support in getting admitted to the city’s night shelters;

8 people were admitted to rehabilitation centres;

25 people were aided in obtaining a medical insurance;

6 people were supported in receiving their pension;

35 people were registered at ”Nochlezhka’s” address;

4 people got help in registering their military record card;

3 people received support in paying for their housing;

9 people were admitted to care homes;

8 people were helped by a social worker to get admitted to an in-patient ward at hospital;

Results of the work of the Night bus

During 2012 the volunteers at “The Night Bus” gave out 26 724 portions of hot supper. Every week day, 120-150 people in need received help from “The Night Bus”. According to monitoring carried out by the volunteers, 440 people used the service during autumn, coming to the buss’s stops with different regularity.

Results of the work of the Heating Point

In the Winter of 2011-2012, 317 people found shelter at the Heating Point, together they stayed overnight a total number of 7354 times, and 82 homeless were given medical aid. In December 2012 the tent, which is made for 60 people, was almost always full.

Despite the decline in funding by foreign funds, we were able not only to keep up our core projects helping homeless people, but we also launched a new project: “Methodological Resource Centre”. We became more active in spreading our experience of supporting the homeless. Within the framework of the project, we consult both colleagues from other non-profit organisations and representatives of the authorities.

This year a new section was introduced on “Nochlezhka’s” web site: “Sharing our experience”, in which many resources were published: how to get a new passport, how to get a medical insurance, how to find a job the right way, how to arrange a “Heating point”, and much more.

As a matter of facto our site got a whole new design and structure. There is more information and it has become easier to navigate around the site.

We invented and held “NochlezhkaFEST”, in which Boris Grebenchshikov, Yuriy Shevchuk, the group Zorge and Marksheider Kunst participated. Our charity rock-festival was also supported by the Mit’ki, who took upon themselves to decorate the scene. We will definitely do a festival of the same calibre in the coming year.

We were able to do some smaller renovation works in our shelter for the homeless: the stairs were renovated as well as the corridors on the first and second floor. This is important because homeless people also want to live in homely and comfortable conditions, as do all of us.

With the help of our partners we put up our social ads “Open Air Life” for free around the city. The ads attracted attention to the problems of homeless people.

Furthermore, we were able to ensure that people without registration and passport could get a medical insurance. Only in the first half year, more than 3000 such people got medical insurance certificates.

The 9th edition of “The Homeless Person’s Handbook” was printed in a large number of copies. The handbook contains information about which organisations homeless people can turn to for consultations, where there is food distribution, how to get rid of alcohol and drug dependency, how to get one’s documents in order and a lot of other useful information.

Nochlezhka’s annual report 2011 was recognised as the best annual report among Russian non-profit organisations. According to Inna Ivanovskaya, one of the organisers of the national competition for non-profits’ annual reports “The Point of the Report”, the prize is a recognition of the fact that Nochlezhka’s work is as open and transparent as possible.

In 2012 Nochlezhka’s projects and initiatives in support of homeless people’s and people without documentation’s rights were more visible in different media outlets.

This year we got a lot of new friends and partners, including among businesses. It shows that society’s views on the problem of homelessness and on people without a home are changing and that people are ready to help each other more.

The team at “Nochlezhka” thank those who supported homeless people in this year. Without you we wouldn’t be able to help one single person.