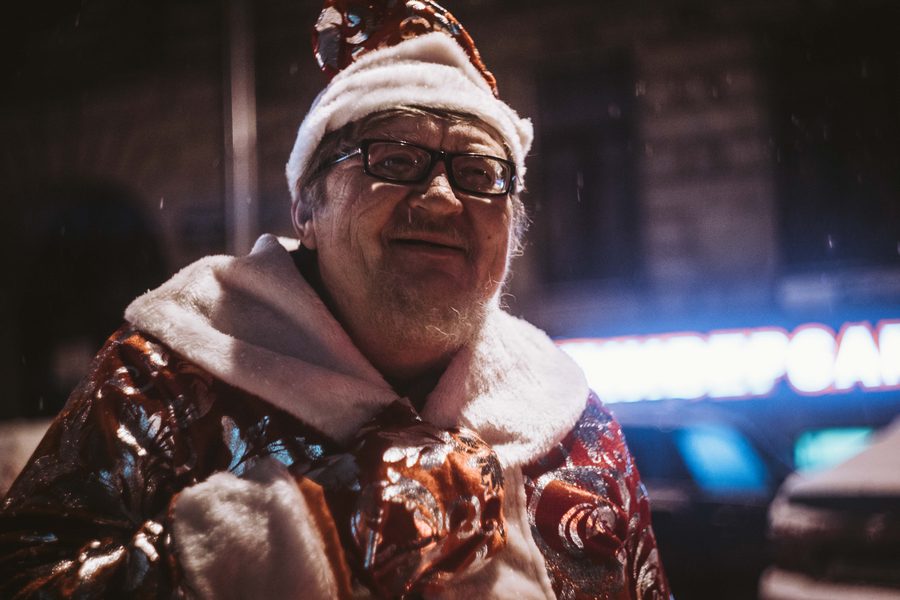 Nochlezhka has released a video for New Year. It features homeless people dressed as Father Christmas who wish everyone a Happy New Year on festive streets of St. Petersburg and then go back to the heated tent run by the charity where they find shelter during cold winter nights.

The video was produced free of charge by the ‘The Decembrist’ creative agency. The project was supported by singer Zhenya Lyubich, whose song Belle is used in the video, and the New Holland project which provided their ice rink for some of the shooting.

‘We intended this video to draw attention to those who have nowhere to celebrate this holiday, who are lonely and to those who, despite all these difficulties, find strength to carry on living and are willing to make others happy and contribute to the festive mood. If only you could see how their faces changed expression when people approached them asking if they have a picture with them or wanted to high-five them. While they live on the street, homeless people get used to other people trying to pretend that they don’t exist, that they don’t notice them, as though they were ghosts. These people need our help because they want to return to stable lives, to re-integrate in the society and feel needed again’, – says Anton Mokhov, the creative director of the Decembrist agency.

‘Sadly, it is practically impossible to get away from the streets without assistance. Homeless people come across endless hindrances and insurmountable obstacles. We need your support to be able to continue to help homeless people’, says Grigory Sverdlin, the director of the Nochlezhka charity.

Nochlezhka would like to thank the crew who made the video: