"Nochlezhka", AdVita and "Anton near here" collected 157,200 rubles at a charity auction 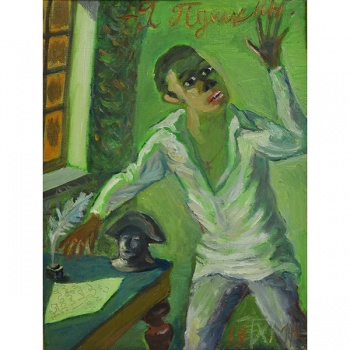 "Nochlezhka", AdVita and "Anton near here", summed up the results of the auction "What a Pushkin": on Internet auction they earned 157,200 rubles to help their wards. Lots "Nochlezhka" charity brought 50 800 rubles.

The most expensive lot was the painting "I’m Pushkin" Victor Tikhomirov - "Anton near here" bought it for 25,200 rubles in favor of the center. The most popular item -Sergei Shnurov’s "LOMO"camera autographed by musician, for which bidders made 12 bids. The winner bought a camera for 7,300 rubles in favor of "Nochlezhka."

"Our organization lives on donations. And in summer time collecting them becomes particularly hard. I am very pleased that the auction turned out. 50,000 is enough for “Nochlezhka”to ensure that the help to solve social issues were able to get about 200 people, "- says Gregory Sverdlin, director of the charitable organization" Nochlezhka".