The name and surname have been changed

‘I wanted to downsize my property but ended up without any property whatsoever. I was totally inexperienced at the time. I’d only just finished my army service, plus my mum had just died. I was only 22.’ 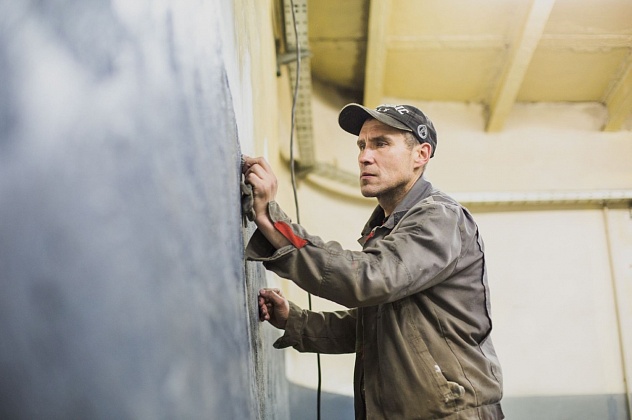 Dmitry is from Moscow, he has no close relatives and his mother died back in 1993. After spending a year and a half in jail, Dmitry was only paid an equivalent of 15 dollars on release. The man was hoping that a close friend of his would help him only to find out that his friend had already died. He had to sleep at the railway station and then came to Nochlezhka. He managed to quickly find a job and moved to the room in a residence provided by the factory a month later. The man has a dream – he would like to build a football pitch outside the city, get a team of boys together and be their coach.

My name is Dmitry, I am 44. I was released from jail on 27 August. I was given 850 roubles before I left. I have nowhere to live, so, not to get off the right path, so to speak, to avoid doing anything illegal, my friends said I should go to Nochlezhka.

I was lost. I tried making money through semi-legal ways… I was convicted for a year and a half for theft.

I am from Moscow myself. No relatives. It was my mum who brought me up. I did my military service and then my mum, my only family, died. I lost heart. It was 1993. The country was in tatters, the legislation was changing. I came across some unhappy people, and perhaps, I myself showed some cowardice and I ended up losing my flat. I wanted to downsize my property but ended up without any property whatsoever. I was totally inexperienced at the time. I’d only just finished my army service, plus my mum had just died. I was only 22.

I did not sleep rough at the time. There were people around me, some helped me find a place to live, others found occasional jobs for me.

I have a good friend in St. Petersburg, he lives in the very centre. So I visited him a few times, to see some football games. It’s just that I’m quite keen on football, I used to do a lot of sports and I used to play myself. I’m a Spartak supporter.

From what I’ve heard, when you get released you can get a reference. And then you can go to where you were last registered and they might provide you with something. But how do you even get that last place of residence, if you can’t even afford the tickets?

Nochlezhka was a revelation for me. The fact that in such a difficult time there are people who support other people, the fact that this system works… this makes me very happy.

I knew someone in Vyborg, so I went there after I was released, only to find that he had moved. Having spent my 850 roubles, I had to back to St. Petersburg and think what to do next. Should I go to Moscow? What should I do? I had no money, so I went to the social centre at Borovaya Street.

I don’t think I’ll go to Moscow, I think I’d rather stay here for now. One had to have a lot of money available to go to Moscow. Plus, I’ve found a job here [at Izhora factory in Kolpino]. I have some friends in Moscow but they have their own lives to sort out.

Currently I am employed and I work as a miller, a profession I studied. I am quite good at it and I can do welding too.

When you get out of jail, it’s scary. You start looking for a solution, for a way out. What solutions can there be? Even now I don’t know what I would have done if this shelter at Borovaya Street didn’t exist. Where would I have gone? Maybe I hadn’t had to deal with it before, I got by somehow… Maybe there is another place where one can find help, but I’ve never heard of anything.

Jail is like a dormitory. You work there and you are paid below the minimum wage. It’s enough to get toiletries. But I am happy that my term has ended, of course.

You get around, sort out your problems, talk to people… Many people say no – maybe you didn’t present your case the right way. There are plenty of obstacles for those who want to start all over again. And the world has changed – one needs to earn quite a lot, especially if one has to rent. It can be hard to stay afloat.

I found a job immediately, because I’m healthy enough to work. I live in Sadovaya Street, at a friend’s place, and work in Kolpino.

When I was being hired I didn’t mention that I’d just come out of jail of course, I said, I’d been at a hospital. I am temporarily registered at the shelter. I have an internal passport stating that I was born in Moscow. I like my boss. They have something like a dynasty there. This young man is continuing his father’s business. It’s very nice working for them. What amazed me is that you see old, experienced millers there. You know, elderly people and still working. They are making a decent amount of money and keeping themselves busy. Our boss is doing great. I like what he does.

I’m also very passionate about football. I generally like sports, doing some training, working out. Exercising on the bars… I try to exercise three times a week, for about forty minutes, an hour.

I can talk about football for hours. I don’t even know how to tell you about it… I have no family but I have my favourite team. If they win, I am very happy. If I’m feeling down and my team is playing that day – I go and watch the game. If they win, I cheer up. And generally, during the two hours of the game you forget all your troubles. And then you leave after the game with a fresh mind. Young people, sport, agility, creative thinking. Why did the Greeks go to watch the Olympic Games?

Yeah, I did get into a fight during a game a couple of times. But it wasn’t anything serious.

Maybe I’d like to have a family but somehow things never worked that way. I think to start a good, strong family, there have to be a lot of coincidences. Or maybe I’ve just never had a serious relationship, it’s not such an easy thing to do, you know. Well, with God’s will, as they say…

While I was in jail, I became more religious. I started seeing certain episodes of my life differently, in the light of Christianity. And I realised I could have avoided many problems, if I had had the knowledge before.

I didn’t even go to church there. I just met someone who was a believer and he explained certain concepts of Christianity, its essence. I can’t say I’m a particularly devout Christian, but faith helps. I am trying to apply what I have understood. Things like modesty and humility. So, for example, they may pay me not that much, but I really appreciate that.

I think we are living in a quiet time. I feel calm. God is watching me and helping me. Take this shelter, for example. The 90s were a turbulent time, I think things have calmed down now.

I have a few friends. They are out of my league, generally. Not like they are wealthy or anything but at least they aren’t homeless like me. But then, it’s not the most important thing.

I do have some plans for the future, but I can’t put them into order yet. For the time being I’d like to save up some money. To have a small starting capital and then maybe buy a plot of land in the countryside or something. Take out a mortgage. Maybe a room in the suburbs or in the city. I’m not going to dash off anywhere while I have this stable job. And I like St. Petersburg. It’s somehow less complicated here. There are plenty of people in Moscow, people provoke you and are rude to you. It’s calmer here. Ok, the wages are lower but it’s not the most important thing. On the other hand, look at the architecture. Wherever you look, you are surrounded by monuments.

Since we have started talking about material things. I like it in people when they don’t put money first. When people have other goals, not just to make money. And when these goals are at the forefront, while the money comes second.

So, for example I call my old friends and invite them to see a football game. And the friend says, 'I can't, I've got to go to work tomorrow'.

I know that football is business and it does bother me but not too much. There are negative aspects in football too. It bothers me that the team starts playing worse because of business.

I’ve even played for Spartak’s subsidiary. That was in Krasnaya Presnya, in the second league. But then I fell off a motorbike one day, broke my ankle and went to do my military service in the border forces in Valakurta. After two years I got a serious injury. That was the end of my career in football although I did have potential.

I can’t frankly tell you what I’m scared of. I need to think.

The worst thing was when my mum died. Perhaps I never recovered after her death. Perhaps, one can’t recover from such a thing.

I liked it that when you are at the shelter at Borovaya, the employees and social workers look after you, teach you things. Like, how to get a job or write a CV. This amazed me. Say, I spoke to the woman who helped us write our CVs. I found out lots of useful stuff. She told me things that turned out useful when I was applying for the current job. Really useful. I also liked it that they organise tours, for example, that they take people to see Peterhof. I must admit, I didn’t go when they offered due to all the stress. It’s great that a trainer comes, too. As for the living conditions, it’s organised like at a good hostel. Thank you for getting me to do all the jabs. I had last had them done when I was ten or something, back at school. One doesn’t care much about health when there’s nowhere to sleep.

Social media help. You chat to people and feel like a proper person. ‘What’s up, Dmitry?’ and you feel better immediately.

I don’t drink after everything that’s happened. I don’t know if I’m an alcoholic or not but the worst things happened to me after drinking. Not that it happened particularly often, only two or three times. But life taught me not to drink.

I also wanted to thank your employees. Is there like a card number where I could transfer a donation?

Average cost of bringing a homeless person to stable life 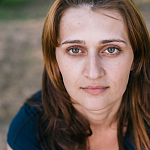 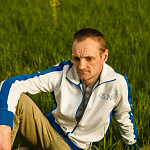 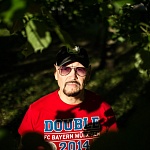 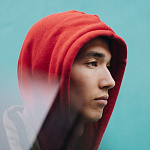